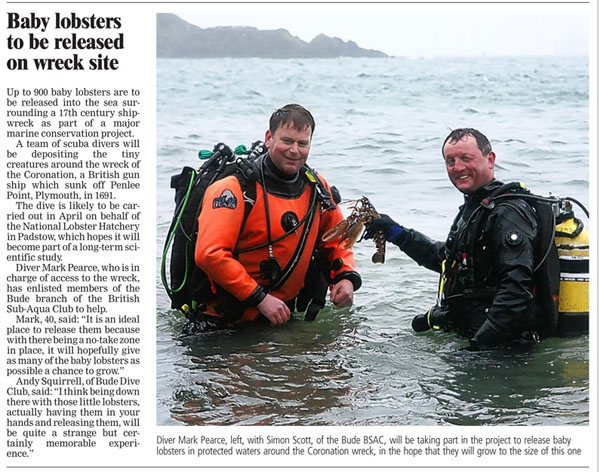 Courtesy of Western Morning News
The no-take zone surrounding the remains of the Coronation, sunk in 1691, is considered an ideal release site for an ongoing scientific study which will monitor the movement, development and survival rates of juvenile lobsters.
Members of Bude Sub-Aqua Club will release approximately 900 of the youngsters on behalf of Padstow's National Lobster Hatchery as part of an ongoing scientific project to assess movements, development and survival rates to assist future releases on other protected sites.
Baby Lobsters Released
Ray - A Life Underwater
Next
Previous